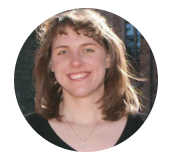 "From Boring Chords To People Compliments in Church..."

Christy
She had a good background in the blogging world so she knew how important good content was.
She had good organic sales at $15k per month but she wanted to start with paid ads and increase the revenue of the business.

Cassidy didn’t know how to make people convert using paid ads, she was sending people to her blog to read an article she wrote but not to a specific sales page.
She didn’t have a sales funnel and didn’t know what her AOV was.
She didn’t have any retargeting active when she joined the coaching program.

While the right hand is playing the up and down loop

The most important thing that we helped her with was to build a new sales funnel that included everything she needed, including email sequences to transition her from indirect response to direct response marketing.
We also helped her build her advertising system (including retargeting because she didn’t had any) and test for new creatives and audiences to scale as soon as possible because she already had a great offer that was doing very well organically.

Cassidy started at $15k per month and after two months of being in the program, she was doing $50k per month.
She was profitable on the front-end customer acquisition so she also started doing more upsells to increase the profit not only in using the sales funnel but also using the email campaigns.
At the end of the program, Cassidy felt like she finally had a system to use where she wouldn’t have to guess.
She knew exactly what worked and what didn’t work and she always knew what her next action steps looked like.